"I hold one of the greatest of all secrets—how to stop your mind from undermining your natural destiny. Your true course in life is already predetermined, and thus, all you have to do is find it and follow it."

No matter how high the mountain towers over the clouds, the Mountaineer feels prepared to take every step to reach his dream. He plans and plots the course long before he takes his first step. He packs his bags, checks the weather, prepares himself mentally and makes sure every detail is in place.

The Mountaineer knows that it is the first step that sets the tone for the entire journey, and then the next few steps begin to create the groove. Not only is he prepared for the climb, he also is attentive to the details in the now. He channels the enthusiasm and mastery of various skills from his partner, the Enthusiast (16), to reach his dreams.  If she is excited about the climb, he is determined to make it happen.

The Mountaineer watches his steps, conserves his energy and knows that every breath counts. Much of our success as a species depends on conserving precious energy by paying attention to the details. The Mountaineer has the determination, commitment and focus that involves great staying power, as long as he can maintain the discipline of staying on task. His focus and attention to detail is both meticulous and efficient.

The Mountaineer makes sure to have all the little details in place and everything set up at the base of a climb, making sure no detail is missed, whereas his brother, the Scientist (62), is more about the expression and explaining the journey to others. The Mountaineer plots every checkpoint and coordinates every rest stop along his advance up the mountain. He is attentive to things that others only see long after he has already noticed them. He has learnt to not be obsessive about things, since he is actually able to think about something even if he is moving and doing something else.

The Mountaineer can channel the Mountain’s (52) enormous power to concentrate on what is meaningful and worthwhile. He becomes one with the mountain and focalizes the grounded resolve to keep him present during overwhelming times of physical and mental stress. When he feels reluctant to continue or begin, he remembers his purpose and goal. When he feels restlessness or scattered, he realigns. There is a presence and focus in him that is unmatched.

The Mountaineer is constantly checking to see what is relevant in the moment. When every detail is in place, he starts applying his sacral energy to climb itself. The progress comes step by step as he takes care of each detail on the way. Instead of being tamed by life, the Mountaineer forges his own direction and destiny through taming the smallest and most inconsequential acts in his life. One step upward is one step closer. He knows progress is made in the individual steps.

The Mountaineer is grounded in his own physicality and desire. He is building a natural momentum from many small acts. Every step has a compounding effect. Once he starts moving, the entire Universe, including his own physical vessel, rises up to meet him creating a current of support, so the Mountaineer knows True Determination isn’t about forcing. The invincibility of the Mountaineer lies in using his powers of concentration and steadfast loyalty to his dream of reaching the top. The Mountaineer inspires others through his conquests one step at a time and one peak at a time.

For the Mountaineer, every act of intention is an act of magic. To him, there is a connection between every moment of life and his deepest dreams. He shows us how to find the right activity in our daily life. If you have your own mountain to climb, the Mountaineer is the perfect guide or role model. Every step must lead you in the direction of your dream, whatever that dream, goal, peak or target may be. 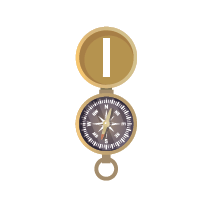 "Anything can be done one step at the time."

Has the power to focus

Is detail-oriented without losing sight of the goal

Has inherent resilience to keep going

Needs all the details to make sense of something

Can seem to advance slowly instead of in quantum leaps

Feels restless when there is nothing to focus on 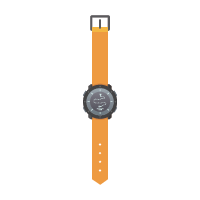 Taming Power of the Small 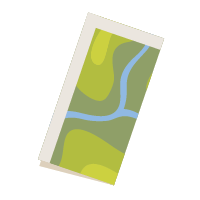 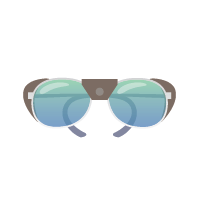 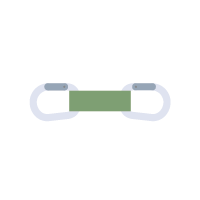 "The Gift of Determination is built upon the rock of the very smallest acts."

BELLA EXPLAINS THE MOUNTAINEER AND WEAVES THE TEACHINGS FROM THE GENE KEYS AND HUMAN DESIGN.

"The journey of a thousand miles begins with the first step."

"The more you tread the path of heart, the easier it gets." Discover the 9th Gene Key from its original source.

The Domestication of Dreams

“Most human beings live lives where they simply get by, lives in which they become victims of all the details around them.”

Every Intentional Act is a Magical Act

“All those little acts done with heart begin to build up an inner momentum that eventually becomes unstoppable.”

“You must capture the energy of your dream and hold onto it deep inside, because it is that dream that will act as the lens to focus the power of magic and manifestation in your life.”

This video applies to you if you have any planets or points (ascendant/midheaven/north node) in the sign of SCORPIO 24'30 - 0'07 SAGITTARIUS.

Or if you have Gene Keys 9 or Human Design Gate 9 active in your chart.

to Tan for helping us name the 9th Archetype!

"Every intentional act is a magical act, setting in motion either a force of creativity or a force of decay."

"We are wild creatures. We are not here on earth to have our dreams tamed, clipped or domesticated. "

Let the Mountaineer teach you how to embody its gifts and wisdom.

Get your course for Archetype 9 now

"As your vision of reality expands to contain universes, you realize how small you really are. At the same time you get to see how enormous your contribution to the whole is when you truly take the plunge and listen to your heart." Is there anything wrong lysine for the biology?